It is a massive week for New Releases and Reissues this week,  something for everyone.
The annual Soul Togetherness compilation is one of the most anticipated releases , Soul Togetherness 2018 is in stock in store and ready to ship today on both CD and LP formats.
Poogie Bell band have recorded what is likely to be one of the albums of the year in ‘Exhibition Continues’  sheer class !. Steal Vybe ‘Generations’ is a really classy Soulful house album ft Omar, Navasha Day, Kenny Bobien and many others. Allysha Joy has a great neo-soul album ‘Acadie : Raw’, there are two seperate Bill Withers tribute albums from Anthony David and Jose James, and quality albums from Ed Motta, David Garfield, Kim Waters, Bobby broom ,Nathan Haines and others.
There are great reissues from Marcos Valle, Oneness of Juju’s classic ‘African Rhythms’ on a double LP and CD with an unreleased track, rare soul from Carrie Cleveland and California Flight Project (on vinyl for first time) classics from Atmosfear, Joanne Grauer and Terry Callier and a great double CD/LP of Aretha Franklin’s Atlantic singles. Plus two great comps of Motown Northern Soul classics and the MPS jazz label, and a couple of great funky African albums.

Pre-order for next week for the Doggett Brothers ‘Get High’ Cd ft Jarrod Lawson amongst others, due in Tuesday/Wednesday. We will be arranging an in store signing with the brothers in October. See all the pre-order titles here.
A big thank you to everybody who came in the rain to meet Natasha Watts in store last Saturday. Natasha was in great form and signed many CD’s, you can see the pictures here.
She also left us with some copies of ‘Natasha Watts Greatest Hits’ Double CD which includes many tracks previously unavailable on CD. We have regular and a few signed copies , plus a few signed copies of ‘my next Chapter’ CD available here. 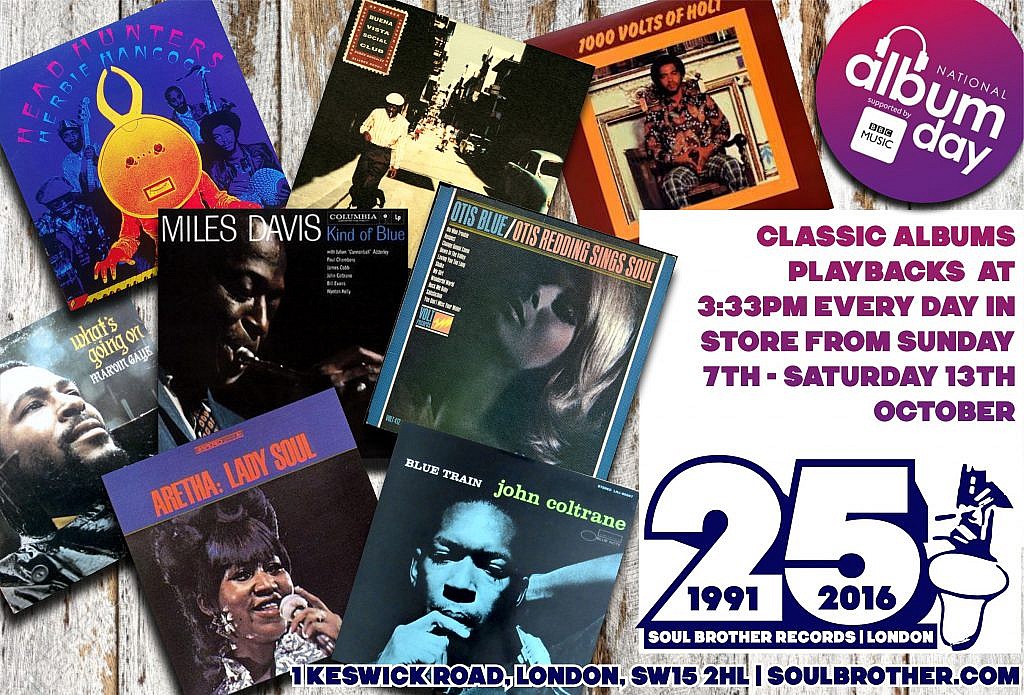 The next big event at Soul Brother records is National Album day on Saturday 13th October.
We will be playing back classic albums each day in the run up to the event starting on Sunday 7th when Malcolm will be playing classic Blue Note albums. Each day will have a musical theme, concluding with 70’s Soul on Sat 13th  and Reggae on Sunday 14th. We will also be publishing each day a list of our Top albums for each genre. More details next week.

Graham Jones has just published his new book ‘Vinyl Revival and the shops that made it happen’ which has the story of the anecdotes from independent record stores including Soul Brother. You can see a preview of our entry here.

With the release of our new 45 Johnnie Taylor ‘Ain’t That Loving You’/’Blues in the Night’ we through it would be a good time to list all the great 45’s that are available on the label which you can see here.

Here is a listing of new and recent 12″ singles , there are some gems in here. 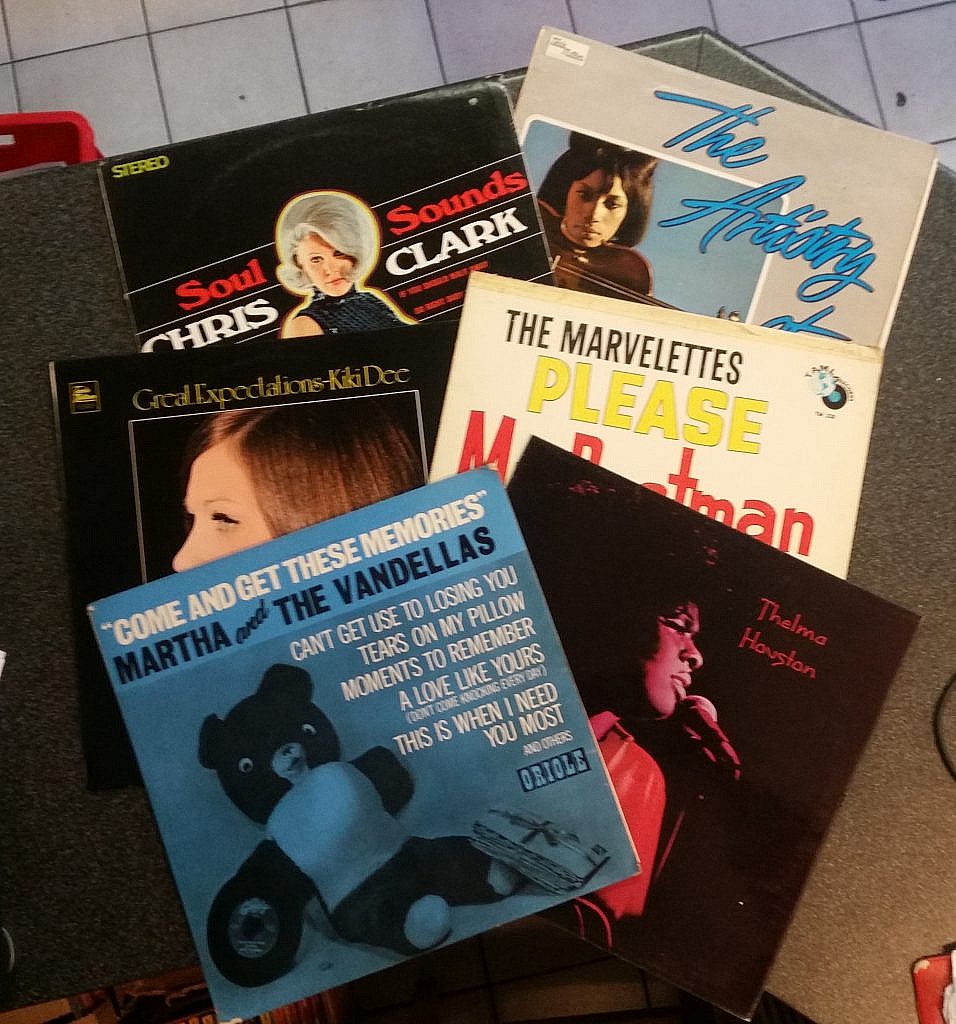 We have just taken delivery of the first batch of albums from a great original vinyl collection of a long time customer who sadly passed away late last year. We are selling the collection on behalf of his family. There are many great albums and 45’s which we will be listing over the next few months, here is a picture of a few of albums to whet your appetite. We should start listing the first batch of rare Motown and related albums next week, so watch out for it as the rarities are likely to fly out.

I hope that you enjoyed the show last Sunday. If you missed it you can catch it again on the Podcast here. I hope that you can join me again this Sunday at 10am on Solar radio/sky 0129/ DAB/Solar app for another Soul Brother Selection, I will be featuring many of this weeks new releases
have a great weekend