View cart “Ubiquity” has been added to your cart.

An original copy of Ed Kelly and friend on Theresa records is normally a hard-to-come-by Jazz album, reissued masterfully on heavyweight audiophile vinyl from the fine minds over at Pure Pleasure Records in Teddington. Ed Kelly features throughout on Piano, Keyboards and Fender Rhodes alongside “Friend”, in this case Pharoah Sanders, who at the time was signed to Arista Records and legally couldn’t be represented or pictured on the label artwork (his name is mentioned on the back of the album cover posthumously). The album starts with a smooth stepper called Pippin, a rolling dancer with truculent, thudding slap bass and a joyous Fender Rhodes melody, underpinned by a slinky rhythm guitar pattern and a luxurious string section. Sander’s reed work—as ever—is unmatched, and he manages to unlock a new register of harmonic playing alongside Kelly’s keys, imbibing a particular spiritual dimension to the music which, as a player, he was uniquely capable of achieving. Another highlight from the album is their version of You Gotta Have Freedom, a Sanders classic and aptly performed and re-contextualised by both Kelly and Sanders—a slower version with Peter Mashay’s tight and powerful walking bass line and excellent swinging drums from Eddie Marshall creating a hard and heavy rhythmic canopy, on top of which the rest of the song builds—energetically—in line with Sander’s intense and wailing saxophone work, with a dense, modal solo from Kelly allowing the track to breathe for a while before passing the baton back to Sanders who carries it to the end of the track.

An audiophile reissue, remastered from the original analogue tapes and pressed up for the first time on 180g vinyl, be sure to get a copy while stocks last. If you are a fan of Pharoah Sanders and the wider Theresa catalogue—indeed of good music in general—this album is an absolute must. 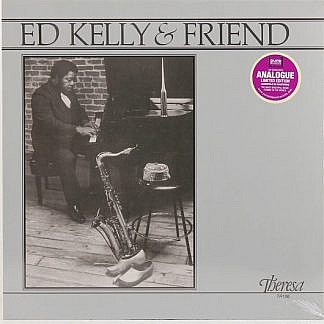