Power Of Zeus
Gospel According To Zeus (Rsd (RP RSD 19)

RSD 2019 title – exclusively available instore only from 8am 13th April – any remaining stock will be available to buy online from 20th April.Price when released: £19.99

Seminal funk-rock album originally released on Rare Earth in 1970. Transferred from 2 x 1/4″ analog reels at 192kHz/24-bit and released specially for Record Store 2019. Featuring the monster breakbeat on ‘The Sorcerer Of Isis’. The drum beat from “Sorcerer of Isis” has been one of the most sampled in hip-hop music, including KRS-One, Kanye West, Jay-Z, Cyprus Hill, Tribe Called Quest and Eminem to name a few. Half-speed mastered by Miles Showell at Abbey Road Studios, London. 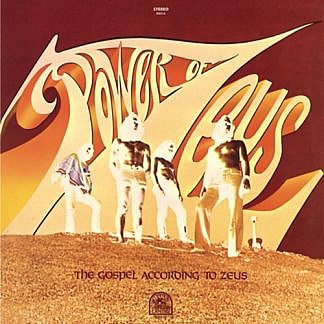