View cart “Vibes Of Truth” has been added to your cart.

Limited deluxe vinyl edition (1500 copies) featuring the original art by Neil Terk. Melvin Sparks (1946–2011) was a talented American Soul Jazz, Hard Bop and Blues guitarist. The Texas native picked up a guitar at age 11 and was only 13 when he sat in with B.B. King. As a high school student first he joined Hank Ballard and the Midnighters, and then the Upsetters (a touring band formed by Little Richard, which also backed Curtis Mayfield, Sam Cooke and Marvin Gaye). Sparks and his guitar were very much in demand during the ‘60s-‘70s and he was featured on sessions by Lonnie Smith, Charles Earland, Lou Donaldson and Sonny Phillips among others.

In 1973 Sparks moved into funkier directions and joined the Westbound / Eastbound family where he recorded an all time classic: Texas Twister. This record is a delight and there’s a lot happening while Sparks is peeling off some fluid lightning riffs! Texas Twister features Idris Muhammad on drums, which means a frenzy of funky JB-influenced over-the-top soul-jazz drumming. Featured on Hammond Organ is the great Ceasar Frazier and bass duties are handled by Wilbur Bascomb (know for his performance on Jeff Beck’s Wired album and the soundtrack for the 1979 film version of Hair). Add some extremely tight horns and congas to the mix (which gives this album a sweet Latin Jazz vibe) and you’re swinging all night long. Originally released in 1973 on Eastbound Records, super rare and fetching large sums on the collectors market, now finally back available as a limited deluxe vinyl edition (1500 copies) featuring the original art by Neil Terk (known for his work for Muddy Waters, Dire Straits, Funkadelic, Grace Jones etc), released exclusively for Record Store Day 2018.

Be the first to review “Texas Twister” Cancel reply 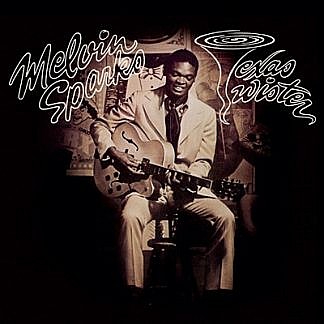