Aspects by Str4ta—the new album by J. P. Maunick (Bluey) of Incognitio fame, alongside a few of his long time associates such as Matt Cooper, Ski Oakenfull, Peter Hinds and Francis Hylton – produced by the soulful stalwart Gilles Peterson and released on Brownswood Records – Str4ta, Aspects. The album is an excursion of Britfunk, reminiscent of the Jazz-Funk era of the late 70’s and early 80’s with London bands like Hi-Tension, Atmosfear and Incognito putting their own take on American Soul, Disco, Jazz and Funk Fusion sounds, music which was simultaneously broacast during that time on London’s many pirate radio stations.

Aspects is an uptempo dance track, rhythmically very similar to Dancing Into Outer Space by Atmosphere—a iconic track from the Britfunk era—re-interpreted and re-energised for a modern audience.  Rhythm In Your Mind bustles with an authentic Brit-Funk energy and that smooth, homegrown London vibe, often imitated seldom mastered. Slap basslines noodle and pop throughout the majority of the songs in a style reminiscent of Incogito’s first album, Jazz-Funk, which a lot of the recording musicians on the album trace their lineage to. Dance desire is a more languid and laid back groove, syncopated with the sampled drum break from B.T Express’ Energy Level and overlaid with outerworldy synths and delicate flute movements, taking the track into outer space… Electric keys whirl a la Parisienne Girl in We Like It, with Bluey’s vocal interjections building soulful harmonies amid the instrumentation.

Out on Brownswood Records, Aspects feels like it’s an homage to the Brit Funk movement, a scene that was critical in the development of both Bluey and Peterson’s musical careers, and no doubt a lasting influence which over time has materialised in the creation of this album. Expect enlivened instrumentation and darn funky musicality!

Be the first to review “Aspects” Cancel reply 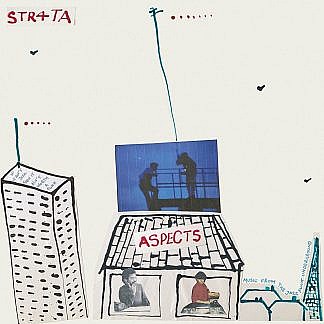