RSD 2019 title – exclusively available instore only from 8am 13th April – any remaining stock will be available to buy online from 20th April.Price when released: £24.99

Exclusively to Record Store Day 2019, Demon Records proudly present ‘Bigger Than America’. Following on from Demon’s release of ‘Play To Win’, the Virgin years box set, this is the first post Virgin album. Originally released in 1996, some eight years after the band’s last album on the Virgin label. Containing the singles “Designing Heaven” and “We Blame Love”, this is the first time that this album has been issued on vinyl. This release uses the entirety of Ray Smith’s original cover painting, and the inner sleeve features a previously unused painting. Pressed on Translucent Orange 180g Vinyl 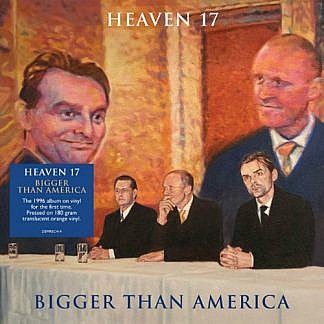