Geneva based reissue label We Release Jazz have put their hand to the seminal Japanese Jazz-Fusion album Cat by Hiroshi Suzuki (Japanese Trombonist extraordinaire), a half-speed mastered 180g clear audiophile release of which the sound quality has been widely acclaimed, truly paying homage to the album’s Japanese roots with the unironic inclusion of an obi strip.

Initially released in 1975, the album was initially overlooked up until recently, where it has been commanding fatuously high prices on discogs (recent sales have been upward of £1,000!)

Cat was recorded in October 1975 at Nippon Columbia Studio, while Hiroshi Suzuki was visiting his home country of Japan after moving to Las Vegas in 1971 to play with Buddy Rich. Back on his old stomping grounds, the man known as Neko (Cat)  reunited with his dear friends for an two day session . Clearly, the chemistry was still intact and his skills and style had flourished under Rich’s tutelage. Cat showcases a powerhouse of Japanese jazz musicians includingHiromasa Suzuki on keyboard, Kunimitsu Inaba and Takeru Muraoka on basses and Akira Ishikawa on skins.

The album is reflective broadly of the development of Jazz in the seventies, electric instrumentation and new, sophisticated recording techniques—particularly in Japan during this period—that give the recorded music a futuristic, crisp and clean feel. Ethereal, silvery Fender Rhodes bounce off against clunking, taught upright basslines, the interplay between the precision tightness of the drums and Suzuki’s superfluous ‘bone playing is marked; it is an shining example of Japanese Jazz-Funk-Fusion throughout.

Shrimp Dance is a languid groover, a sweltering, tropical cut overlaid with an extended trombone solo from Suzuki, sounding as though he is playing through a mute. The range that he gets from his instrument is quite bewildering, a great example of his extraordinary breath work and dexterity as a player, hitting high frequencies and low, moody and airy progressions with total fluidity—a master of his craft adapting to the musicians around him in his truest sense as a serious Jazz player. Kuro to Shiro is a swinging, undulating Jazz-Dance cut with an interesting modal bass solo half-way through breaking up play and enhancing the abstract aesthetic of the music, stunting the proceedings and then instigating them with renewed intent.

Walk Tall is a cover of the Cannonball Adderley track, a funkier interpretation with mellow, slinking electric piano work intercepting the groove between jazzed out and spacious drumming, a colder-than-cold headbopper with Suzuki’s fiery brass raising the sonic temperatures. The albums title track, Cat, languishes like an outstretched feline basking in the midday sun, a sly glint emerging from his eye as he licks a speck of cream from his whiskers while reclining recalcitrant on a windowledge… A low tempo number that oozes with funk and a Fat Albert-esque lethargy. Romance is the pick of the bunch, free real-estate for producers—who have sampled this particular song manifold—rocking between mid-tempo grooves and mellow, etherial tones, scintillating electric piano work cascading throughout a la Hancock / Moulin, soprano saxophone gliding throughout the top end of the track and the incorporation of an electric bass in this instance tipping the scales more towards the Fusion side of Jazz.

Available in extremely limited quantity on CD and LP – one of those reissues that needs to be snapped up before it begins to fetch silly money on cogs, as it undoubtedly will. Heed a fair warning and grab yourself a copy before they dissappear.

Be the first to review “Cat” Cancel reply 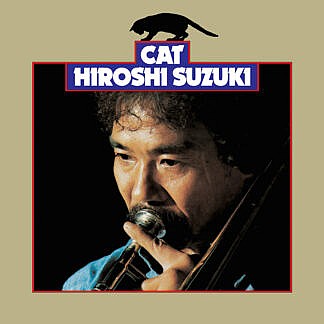