Kokoroko
Could We Be More

London Jazz and Afro stalwarts Kokoroko return to Brownswood Records with their virgin album Could We Be More—following on from a number of feel good singles that enlarged their popularity over the last few years. Their Brownswood debut and pride of place on the 2018 We Out Here compilation, Abusey Junction, became a foundational track for the group, upon which the weight of expectation and calls for them to record a full length studio album—notwithstanding their most recent 12” single Baba Ayoola—grew and grew.

After a long awaited period, these calls have finally been answered as the London Octet return with a heady fusion of contemporary Jazz and Afro. Could We Be More reflects the diasporic makeup of the band, networking the musical output of the group between London and Lagos with a fervent mixture of Afrobeats alongside liberal lashings of New London Jazz and Soul. Tojo, the albums opener, certainly depicts these shared themes, a track that begins with a soulful fanfare that quickly develops into an afro-laden and intensely syncopated procession, underlaid with swirling, subaquatic synths and low-key electronics. Think The Blackbyrds’ Rock Creek Park, taken to Lewisham and back with Joe Armon-Jones on production duties and Tony Allen on drums.

Ewa Inu is an intriguing confluence of sounds. Chorus stained electric guitar skanks into the frame alongside unapologetically punchy horns, which simultaneously soothe and energise. Elements of New Wave feel prevalent in the music here, as well as the truncated rhythmical nuances of High Life and Afro Beat. Soul Searching is another album highlight, a chugging and energetic piece that balances rhythmical dexterity and light-footedness with a persistent and unambiguous danceability, a radiant and gleeful track that smacks of aural sunshine and brings to the minds eye scenes of ritualistic movement and ceremonial dance. The short and sweet Those Good Times makes for one of the album highlights, a joyous, harmonious offering with effervescent, smokey vocals, in which the familiar and subtle twang of London accents comfort this metropolitan listener. Seven out of the eight musicians sing on this track, a moonlit and ebullient number that leaves the listener inadvertently bobbing, grinning from ear to ear.

Texturally, the tracks imbibe melodic styles of New London Jazz along with the ancestral pulse of African drumming which grooves metronomically throughout the entire record: props to the rhythm section of Duane Atherley on bass, Onome Edgeworth on percussion and Ayo Salawu on drums who are a formidable back three. Credits also due to Toby Adenaike Johnson on guitar, whose constant fingerpicking and arpeggiated meandering make for some fine musical accoutrements in Age of Ascent and O Dido, while the Horn section (Shiela Maurice Grey – trumpet / flugelhorn, Cassie Kinoshi – alto saxophone and Richie Seivwright on trombone) consistently raise the bar.

Kokoroko, with the release of this album, have transcended the normative cliches of Afro-Beat, producing an album that, although possessing heavily rhythmical qualities and afrocentric modes of playing—be it the from overlapping claves and ostinatos that punctuate the polyrhythms—has a gentleness and calming nature that supersede any expectations of Afro as rampant or overly lively. The music is light and crisp, contradicting the generic prescriptive idea that Afro music should exclusively be nocturnal dance music. It mounts in melodic complexity without becoming hegemonic or suppressive in a Jazz context: there are solos in parts but you almost don’t notice them, nor are they outrageous or flamboyant. It is a soothing excursion into one of the lesser noted influences of contemporary Jazz, especially that from within the M25—Afro. Herein, Kokoroko symbolise the inseparable unity between Jazz and African music, a bold musical statement and a paean to a broadly under appreciated genre in the general western cultural headspace.

Be the first to review “Could We Be More” Cancel reply 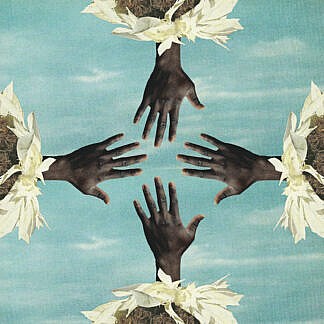