Theo Parrish is the latest DJ to feature in the fabled DJ Kicks compilation on K7 records. The Detroit-based DJ and producer is famous for his abstract and blocky productions on Sound Signature records, a label that Parrish owns and one that has been consistently at the Vanguard of modern electronic music, soul and even jazz. His Ugly Edit (UGET) series sits alongside his myriad productions, where he’s re-edited music from the likes of Freddie Hubbard, Sylvester and Made in U.S.A. Even Jackey Beavers 1974 soul classic Mr Bump Man (Give Me A Hand) Part II on Seventy Seven Records saw the choppy re-edit treatment from Parrish back in the day. His DJ sets are well renowned for being eclectic and genre bending experiences, Parrish’s huge record collection and penchant for soul and jazz informs his selection as well as his love of electronic music, culminating in a broad musical experience for those lucky enough to see him. These days, rumour has it that he slowed down his touring schedule to spend more time with his young family after the Ferguson unrest in 2014; his appearances in the UK have sadly dwindled in recent years. He’s even managed to string together a live tour where he enlisted a personnel of heavyweight musicians to play his productions live (Myele Manzanza – drums, Amp Fiddler – keys to name a few). His residency at Plastic People back in the late noughties and early teens has been enshrined in London club folklore, his 5 hour sets a source of pride for those that were lucky enough to witness them (unfortunately I was just about underage during the halcyon days of Parrish’s Plastic People residency).

Parrish’s take on the DJ Kicks compilation is, typically, a departure from the norm of the format, which ordinarily sees DJ’s record a mix of their favourite tracks, interspersed with one or two of their original productions or remixes. Instead, Parrish has invited his Detroit based peers to produce a collection of brand-new material, in turn creating the first ever all exclusive entry to this series. An ambitious task on all accounts, however if someone had to do it, Parrish would be the one. The package is a triple LP (or a double CD) featuring a diversity of young Detroit based talent, typically spanning genres from soul, jazz, house and virtually everything in between. Parrish leaves no stone unturned in this truly experimental melange of music, a collection of forward thinking, futuristic music and indigenous Detroit based talent. Highlights include the neo-soulish vocal stylings of Ideeyah and De’Sean Jones’ Pressure—D’Sean Jones features twice, his second a futuristic and Thundercat-esque version of Psalm 23, an extraordinary and cerebral piece of music that makes you want to find out more about this relatively unknown artist. The broken and exuberantly soulful When the Sun Falls by Meftah is a mercurial number with slinky electronic basslines that coruscate underneath a canopy of shimmering electric keys and jagged changes while the wonky and heavily percussive Chasing Delerium by Kesswa features some heavy passages of spoken word from Nova Zaii and some visceral drumlines. The zenith of this album is Ian Fink’s live rendition of Parrish’s 1997 Sound Signature production Moonlite, featuring Marquis Johnson on drums, Salar Ansari on percussion, DJ Dez Andres on congas and Fink on keys and synths. It is a stunning rendition of the Parrish original, moody and assonant with a swaggering, baggy energy, south American infused register in the form of claves and a number of bells that chime away in the sonic canopy alongside a swinging samba jazz pattern with loose rides and chunky rimshot. Fink’s keys are dark and moody, just like the original, achieving gritty stabs in sections, while still inhabiting calmer, soothing passages with celestial runs and chime-like solos in others. Utterly mesmeric, a 10/10 track in a very impressive compilation and one of my personal favourites of 2022. 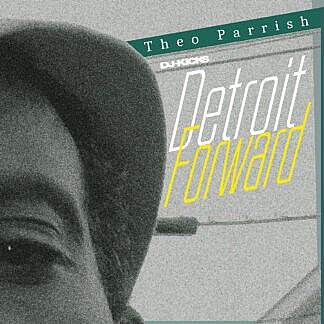