FBI were one of the tightest UK Funk and Soul bands of the 1970’s. The nine piece band led by Root Jackson had a real feel good sound.

He interchanges with Bonnie Wilkerson on vocals on this nine track album originally released in 1976. The album is a mix of hard driving funk like ‘FBI’, ‘Bad Deal’ ,’Get That Ball’ and ‘Free Prision’ plus soul cuts including ‘Let Me Love You’ and a great covers of Jr Bailey’s ‘Love Love Love’ and Stevie Wonder’s storming ‘Keep On Running’. The outstanding track though is the multi-paced ‘Talking About Love’

A rare groove classic that surely is one of the best soul records recorded in this country.

A really strong album throughout.

Be the first to review “F.B.I.” Cancel reply 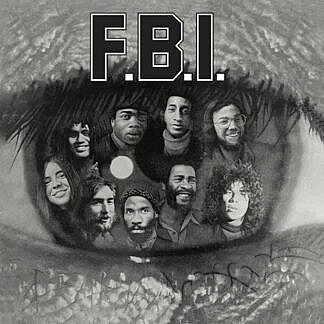