Theo Croker’s latest offering Love Quantum is enough to challenge expectations and pique the interests of the modern listener. The trumpeter, initially discovered by Dee Dee Bridgewater who went on to nurture him in the mid noughties, has released a slew of experimental Jazz albums in recent years, his take on Jazz informed by contemporary influences of hip-hop, electronica and neo-soul, while channeling the musical lineage and playing power of Jazz. His tenure with Bridgewater as a soloist (trumpet) and his musical background as a producer/beatmaker certainly evidence these musical characteristics. His music is shaped by finely honed digital textures and poignant, soulful instrumentation, incubating an uninhibited and forward-thinking sound which attains him genuine artistic freedom in so doing. Croker’s Trumpet is life affirming and elegant, flitting between the airy and transcendental, earthward-bound and fearsome modes of playing.

The album features a long list of cameos ranging from Gary Bartz, Jill Scott, Kassa Overall, Ego Ella May and Wyclef Jean—among others. Overall, the album mines more contemporary influences and, similarly to one of Croker’s formative influences Roy Hargrove, seeks to build a bridge between artists in Pop, Soul and Hip Hop. The music doesn’t seek to reinvent Jazz for newer audiences, instead projecting progressive black music and embellishing upon pre-existing styles to take the music skywards. Croker himself is broadly dismissive of the use of the term Jazz to describe his music, from both a social and an etymological standpoint. “‘Jazz’ puts me in a box that is insultingly small for my vision (…) Jazz as a word is ridiculous, what it means and where it comes from (sex). It’s insane that it’s still acceptable. Jazz is a word that closes doors. When you hear ‘Jazz’, there’s a limited audience because it has been removed from the people it originated from.” Croker’s music, then, isn’t trying to ape run-of-the-mill Jazz, but trying to reframe modern African-American music with an experimental edge and a futuristic aesthetic that makes it hard to pigeonhole, although unmistakeable parallels can be drawn to genres such as Hip-Hop, Neo Soul and contemporary Jazz, which ever way you dissect it. For the record store layman, this album would invariably wind up in the Jazz section.

Jazz is Dead, the albums opening salvo, is a smorgasbord of musical influences and styles, barely contained within a heavily syncopated and rolling afro-beat drum pattern, featuring a wide array of electronic and sampled sounds that shade in the blank spaces. It contains a horn duet with Gary Bartz who, at 80 years old, still very much has it. Kassa Overall’s socially conscious rap ponders socio-ethnomusicology, Jazz and the lasting legacy of black music. To Be We, featuring Jill Scott on vocals, is a hazy dreamscape overlaid with pitch-bent electric keys which accent the tracks off-kilter register. The horns blow tentatively, almost whispering with the gentleness of a lullaby. Upright bass stands firm while sweeping strings and Scott’s soulful vocal drive through the track, amid phrases of spoken word from the Philadelphia-born vocalist. Humanity, a song which segues into Divinity, is one of the highlights of the album, a downtempo interlude which swings amid a hazy brew of smooth changes and superb playing from Croker, whose style has the elegance, long notes and meaningful tonality of Miles, matched with the breathlessness and softness of Chet Baker. Should the track have been another 3 minutes longer, it would’ve been one of the instrumental highlights of the album. Instead it tantalises the listener, leaving them wanting more. 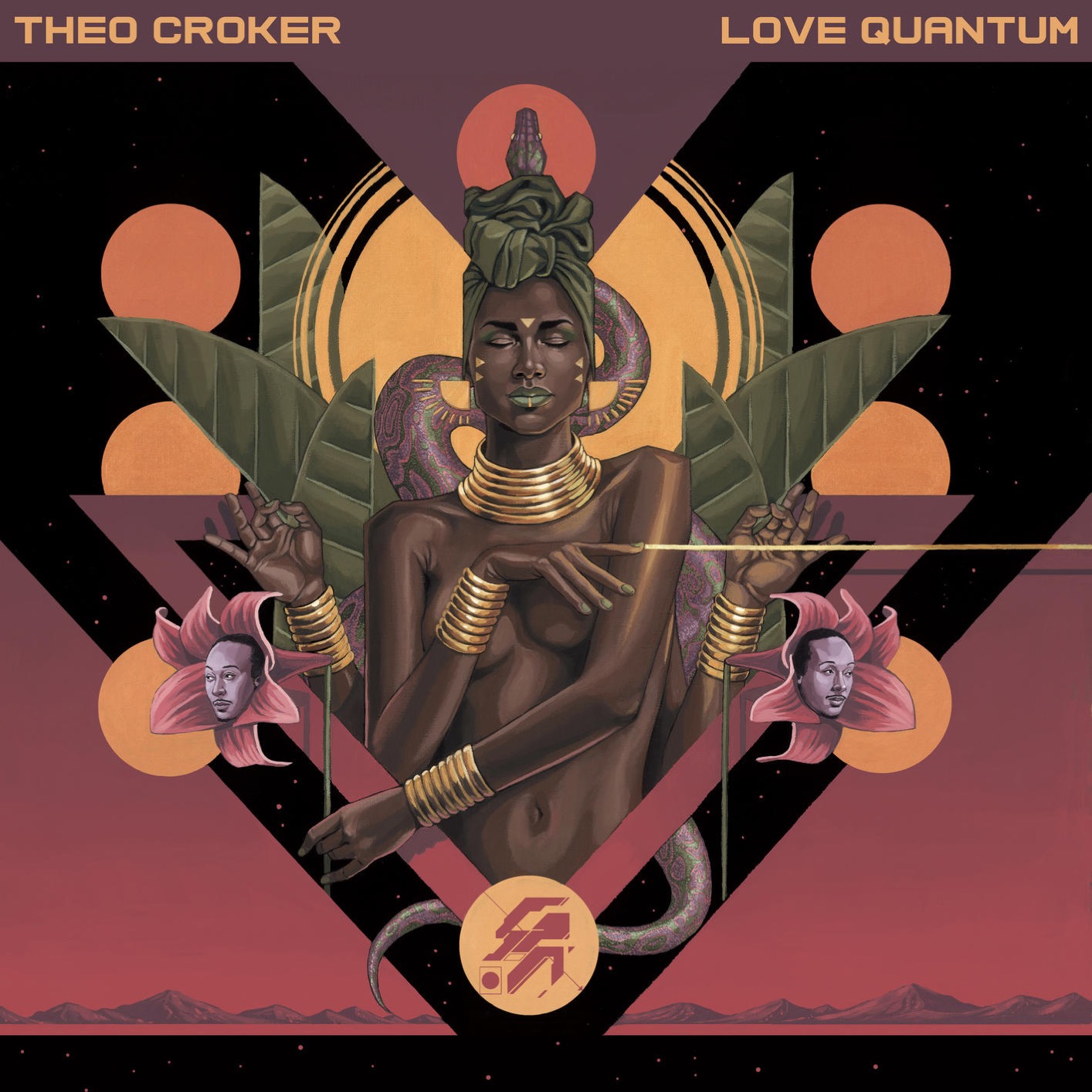