View cart “Sometimes I” has been added to your cart.

Wewantsounds is delighted to announce the reissue of Robert Cotter’s ultra-rare 1976 album, ‘Missing You’ in partnership with Robert Cotter himself. Originally released on the notorious Tiger Lily label, the album was never properly released at the time and most copies were destroyed before they could hit record store shelves. The few that survived now command unreasonable prices. The album, recorded in New York between 1975 and 76, is also Chic’s earliest recording – or The Big Apple Band as the group was known, which Robert Cotter was fronting at the time alongside fellow musicians Nile Rodgers, Bernard Edwards, Tony Thompson and Robert Sabino.

Featuring Nile Rodgers and Bernard Edwards who would later go on to form Chic in two of the tracks—“Love Rite” and “Saturday”, which would go on to be a hit for the Rodgers / Edwards writing machine with Norma Jean—it is easy to hear both players at their rawest and most undisguised. Rodger’s prototypically rakish, scratchy guitar riffs and funky chord progressions juxtaposed against Edward’s tight basslines—the beginning of a longstanding and lucrative musical partnership—are the glue to “Saturday”, an uptempo dance track with soulful and impassioned vocals from Cotter adding to the track’s raw aesthetic. God Bless The Soulfire People is one of the jazzier album tracks, a stripped back track with congas and bass being the two sole components to the rhythm section, over which flutes, acoustic piano and a strummed acoustic guitar jostle for position in between Cotter’s soulful vocal interjections. Missing You, the title track of the album, is an uptempo stepper that builds with sweet vocal harmonies over a disco-era drum pattern, a breakdown in the mid section allowing a saxophone solo to shine through.

An ultra-rare album that barely saw the light of day when it was initially released, it is now available in limited quantity on vinyl and CD for the first time courtesy of WeWantSounds with remastered audio and updated sleeve notes from some of Cotter’s contemporaries.

Be the first to review “Missing You” Cancel reply 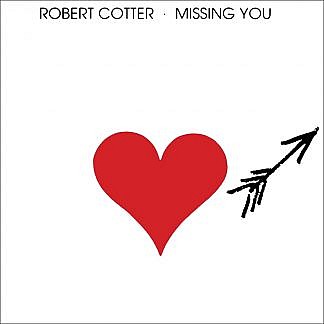