Carter Jefferson’s 1979 album sees a very welcome reissue, limited to 1000 copies on green coloured vinyl. This original Timeless album was the only release from the American tenor saxophonist who first made a name for himself as a member of Woody Shaw’s working quintet. Shaw also produces the album, a magnificent example of late seventies jazz fusion performed by an extremely gifted group of musicians: Steve Thornton on percussion, Terumasa Hino and Shunzu Ono on trumpet and flugel, Victor Lewis on drums, both Harry Whitaker and John Hicks on keys.

Opener Why is a fine piece of music, smattered with incidental vocal, velvety keys and a superb duet between Jefferson and Hino on soprano sax and flugel, alongside intricate percussion work from Lonnie Liston Smith’s first pick Steve Thornton (who played on most of his Columbia albums) who takes a fantastic yet rather surprising conga solo just after the halfway point. He highlights the exoticism of the sound throughout the album, performing an essential job. The high point of the album is the title track, The Rise of Atlantis, a track which Laurence merited on one of his Soul Brother compilations, Fusion with Attitude. The rhythm section in this track shine, brought together with some fine, percussive comping from Harry Whitaker on keys whose playing affords the individual soloists the greatest compliments. A stunning composition that offers up some softer dynamic shifts towards the end of the track during the bass and keys solos. Carter Jefferson’s soloing is slightly laboured but nimble and well-articulated in phrases, offering up call and response injections of tenor. Throughout the album, Victor Lewis does a superb job on drums, an underrated player whose constancy, directness and dead-ahead precision are a joy to listen to, a player who is so deep in the pocket he’s practically fumbling for spare change. 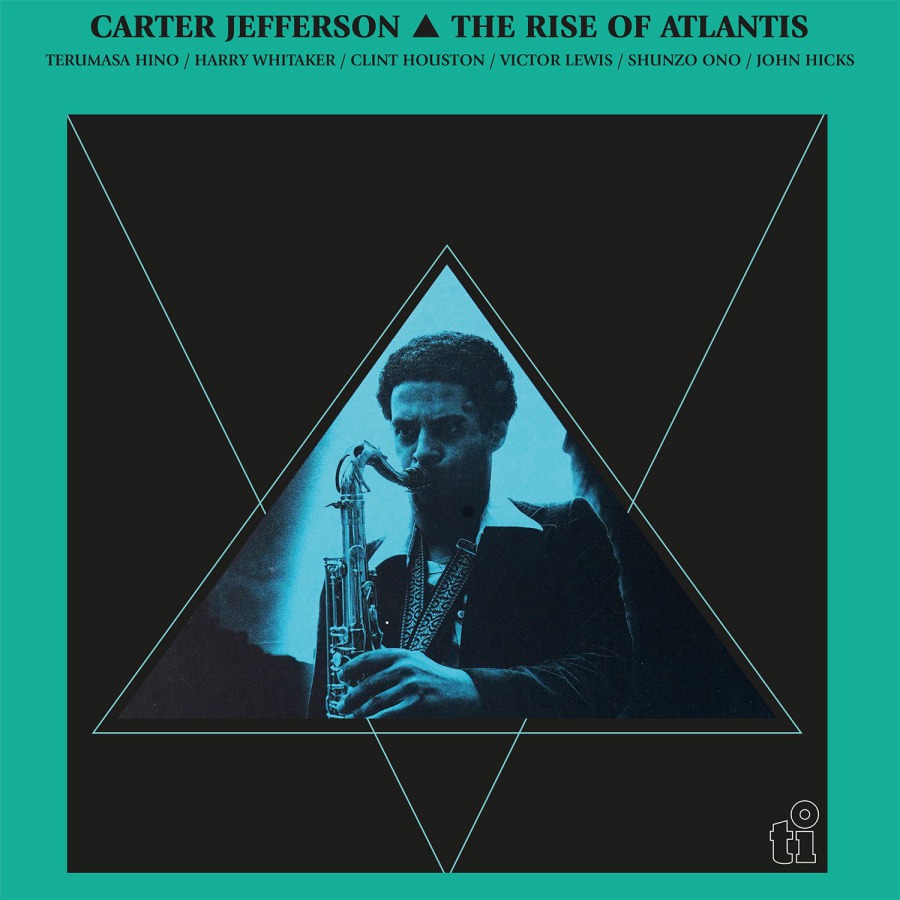 You're viewing: Rise Of Atlantis (Coloured Vinyl) £31.99
Add to basket