Southern Energy—a long lost classic from the Black Fire vault—was the only album recorded by the group Southern Energy Ensemble, an R n’ B and Jazz collective of young, predominantly student musicians marshalled by James “Plunky” Branch of Oneness of Juju fame and Jimmy Gray of Black Fire Records. Originally recorded in 1977, it was only released physically on Black Fire Records some sixteen years later in 1993, copies of which tend to fetch fairly hefty price tags on Discogs.
The group features Marvin Daniels on Trumpet, who was one of the founding members of 100% Pure Poison, and a who’s who of student musicians recruited exclusively from Virginia State’s Music Institute, including Nat Lee on keys, William “Spike” Johnson on drums and percussion and Adolphus “Peddie” Johnson on vocals and percussion. Hailing from Richmond, Virginia, the name Southern Energy Ensemble seems fairly self-explanatory, an area throughout which the band would tour extensively, playing the local chitlin and R n’ B circuits throughout Virginia and the Carolinas and a number of adjacent US Military installations. After a chance meeting with Plunky at a JuJu concert in Richmond, the group started to take shape after an initial introduction with Jimmy Gray, the owner of Black Fire Records, who would introduce the band to some of the players on the Black Fire label—notably vibist Lon Moshe who would go on to perform with Southern Energy Ensemble. After the players were hastily assembled and recorded the album, they disbanded just as quickly, the majority of the players returning to Virginia State to complete their studies. The album was initially canned by Black Fire, who would let the tapes linger in their vault for the next decade and a half.
The horn section would band together as the Chops Horns—in spite of the rapid breakup of the group—and enjoy an illustrious career working with the likes of Evelyn “Champagne” King, Sylvia Robinson’s associated acts such as the Sugarhill Gang, Skip McDonald and Keith LeBlanc among other Soul and Funk favourites, graduating to working as session musicians for a wide roster of artists along the Eastern Seaboard. While Chops Horns were in session for one of Barbara Streisand’s writers in the early 80’s, they had a chance encounter with a roadie for the Police and shortly thereafter were introduced to the band, who were in the middle of looking for a horn section for their “Ghost In The Machine” tour. Consequently, they got the gig, and toured with the Police for over a year, cementing themselves a good quality reputation in their field that would see them appear on The Rolling Stones’ “Undercover” album and Bob Dylan’s “Empire Burlesque”.
“Open Your Mind” is a rolling Jazz-Dance track, with sweet, harmonious vocals from Judy Spears and Garry Wayne and a combination of acoustic and electric piano parts providing a strong rhythmical and tonal counterweight to each other, a swift and flowing piece with shimmering ride cymbals and rapid drumrolls rollicking in the background, providing an undulating and deeply syncopated canopy over which Daniels’ fine horn work can shine. F-U-N-K-Y Till The Day I Die, as the title suggests, is one of the funkier album tracks, raucous interjections of clavinet, slick, syncopated drumming and a rampant bass line instantly making your top lip curl and your nostrils flare—the track is essentially a by-word for stank face. Third House is a much more spiritual leaning track, introduced by slick conga and shekere work, leading the aesthetic of the track towards a tribal, pan-african register, swiftly juxtaposed through the introduction of electronic pianos and synthesisers, partially symbolising the dynamism of this brand of Jazz; forward thinking yet rooted firmly in the rhythms and traditions of Africa and the past. Looking Ahead is a track that sounds as though it has been lifted directly out of the Roy Ayers playbook, a smooth, crystalline cut that could’ve featured as a b-side on the RAMP album – laden thickly with gorgeous vocal harmonies played off against airy, delicate drumming and coruscating electric piano, a track that bears stark resemblances to Justo Almario’s Interlude.
‘Southern Energy’ has been remastered from the original tapes by The Carvery, and features unseen photos and brand-new sleeve notes by co-bandleader Marvin Daniels. A forgotten album with some of the great and largely unknown behind-the-scenes players, brought together under the auspice of Black Fire’s well renowned A&R. If a bandleader can track his lineage back to 100% Pure Poison, generally his output is worth listening to—under any circumstances. This album certainly subscribes to that notion, flexing between ethereal, high-brow Spiritual Jazz and gnarly, stankin’ okra and grits Southern Funk, sure to punk the junk in anyone’s trunk. Certainly not an album any self-respecting music aficionado should let slip.

Be the first to review “Southern Energy Ensemble” Cancel reply 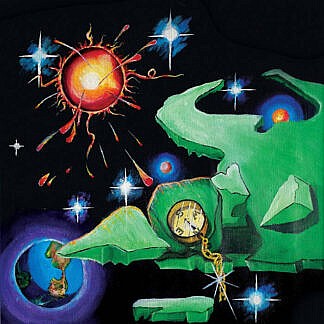