View cart “The Grodeck Whipperjenny” has been added to your cart.
Sale!

RSD 2019 title – exclusively available instore only from 8am 13th April – any remaining stock will be available to buy online from 20th April.Price when released: £31.99

First issued in 1970. Available digitally. “Unauthorized” CDs and LPs were last run in approx 2004. This is the first official pressing since the original release. 2500 only worldwide. Sho is Funky Down Here and The Grodeck Whipperjenny are a pair of albums that are the result of an unlikely but highly productive musical relationship between James Brown, a superstar at the creative and commercial peaks of his long career, and David Matthews, a then young arranger-musician whose limited professional experience had little or nothing to do with the funk and soul of his collaborator. A psychedelic classic, created by his James Brown’s bandleader David Matthews, the first album issued on Brown’s famed People imprint. As progressive as it is funky, this album was issued in tandem with another Matthews project issued under Brown’s name – Sho Is Funky Down Here. One of the deepest albums in the Brown catalog, its story is finally told. Lacquered directly from the original master tapes at Capitol Studios. This is the first official reissue of both of this rare titles. Contains an extensive booklet with full annotation, liner notes by Brown historian Alan Leeds and never-before-published photos. Tracks : A Side 1. Sitting Here On A Tongue 2. Wonder If 3. Why Can’t I Go Back 4. Conclusions 5. You’re Too Young B Side 1. Put Your Thing On Me 2. Inside Or Outside 3. Evidence For The Existance Of The Unconscious

Be the first to review “The Grodeck Whipperjenny” Cancel reply 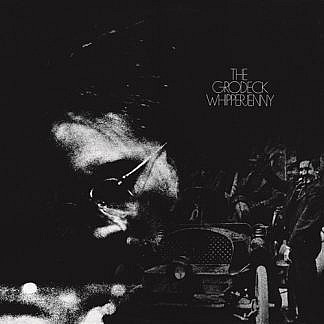