Canonical UK Jazz DJ Colin Curtis returns to Z records with the third release in the Jazz Dance Fusion series, after having released number two in late 2020. Overall, it’s an entertaining and upbeat collection of contemporary and older Jazz-Dance and Fusion tracks, many of which have never previously been released physically. The LP is split into two bodies of work, a quadruple vinyl release comprised of two double albums (V1 &V2) or a double CD. Curtis gathers momentum and pace from the get-go, certainly one of his more Latin accented releases, featuring percussive and frenetic batacudas, sambas, drumlines, bombas and plenas, uncovering undiscovered Jazz-Dance and Fusion rarities from Wolverhampton, Philadelphia, Havana and Rio via Berlin. The compilation begins with Idris Ackamoor’s 1999 release Island Dance, a vibrant and energetic track with a rhythm section reminiscent of the Sonny Fortune album Serengeti Minstrel, coloured by dancing African percussion and cool acoustic piano tones. Oyelo Sonar from Bellita and Jazztumba is another highlight, a supple slice of Afro-Cuban fusion with some robust electric bass work—a track that exudes an exotic and mature sonority. Worth mentioning is Martin Johnson’s cover of the Tania Maria Concord Jazz Picante classic Yatra Ta, a subjective reinterpretation of the original performed on Hammond Organ featuring cousin and Acid-Jazz stalwart Snowboy on percussion. The compilation shines a light on Wolverhampton based artist GEE W, with a number his tracks featured, notably Racing to Somewhere which sounds like a mixture of an East West Connection Chilli-Funk outing blended with some Ron Trent for good measure, a track in which vibrant slap bass and moody electric piano collide amid talking congas. Andrea Brachfield’s Latin Sunset is another album highlight, a track that allows her to showcase her fantastic command of the flute in a swinging and percussion-laden suite of Brazilian Jazz Dance. One of the finest tracks of the album, however, feels somewhat incongruous. Africa Bossa’s 1975 masterpiece The Drive is certainly a fine track and an incredibly sought-after record in the rare Jazz and Soul scene, but it’s inclusion amongst a predominantly Latin-led body of music feels slightly out of place. Certainly, a track that will propel sales for copies of volume 2, but not a track that sits alongside the rest of the album comfortably. 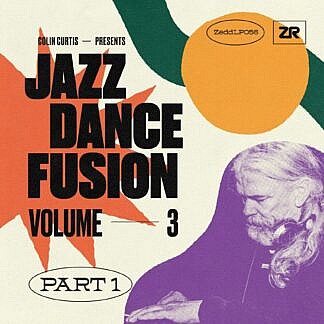