Bill Summers
Come Into My Life/Dream Of Love

Bill Summers – Don’t Fade Away / Come Into My Life (Expansion)

Detroit born percussionist Bill Summers is best known for his work with Herbie Hancock and the Headhunters. He was a journeyman musician and session player, racking up credits with Johnny Hammond, Patrice Rushen, Eddie Henderson, Gary Bartz, Norman Connors, David Fathead Newman and Joe Henderson throughout his storied career. Primarily known for playing Conga drums, Summers was a diverse percussionist and ethno-musicologist who used his platform as a member of the Headhunters to promote West African and Latin American percussion instruments, worldly rhythms and global styles of playing to wider audiences. He famously soloed on his Shekere during live performances and made his conga purr on the Hancock classic Butterfly, licking his fingers and sliding them along the surface of his drum to create a friction noise (informally known as a moose call) which initially baffled listeners. Most famously, he’s known for his beer bottle breathwork at the start of the Headhunters album version of Watermelon Man, where he creates harmonies by blowing into the top of a half empty bottle, pursing his lips while inhaling and exhaling rapidly.

Don’t Fade Away is the A Side of this new Expansions seven inch, a track taken off the album Cayenne which was recorded in 1977 under the Summers Heat alias, featuring Rodney Franklin on keys, Ray Obiedo on Guitars and Ndugu on trap, among innumerable heavyweight personnel. I couldn’t recommend the album highly enough, a fantastic set full of mind melting fusion, sensational percussion and deeply Latin inflected grooves. Don’t Fade Away is certainly one of the album highlights, a luxurious and ethereal track coated with the icing of Rodney Franklin’s Fender Rhodes, alongside an impactfully soulful vocal from Leo Miller which caresses the groove. Obiedo and Franklin pair together gorgeously, while the female vocal harmonies provided by Carla Vaughn and the vocal troupe Love At First Sight reach heavenly heights throughout. It is a deeply groovy and jazzed out two-step number with scintillating melodic arrangements and sublime rhythmical nuances. Come Into My Life—a track written by Alphonse Mouzon taken from the album Feel The Heat—is a fantastic down tempo rare-groove track, featuring vocals from Deborah Thomas and Dianne Reeves and keys from Mark Soskin and Skip Scarborough. The percussive elements in blend beautifully with airy synth and moog lines that drape over the soundscape, alongside the thunk of Paul Jackson’s electric bass guitar. As someone who owns both Cayenne and Feel the Heat, it is a real privilege to be able to have both album tracks unified on a seven for the first time. 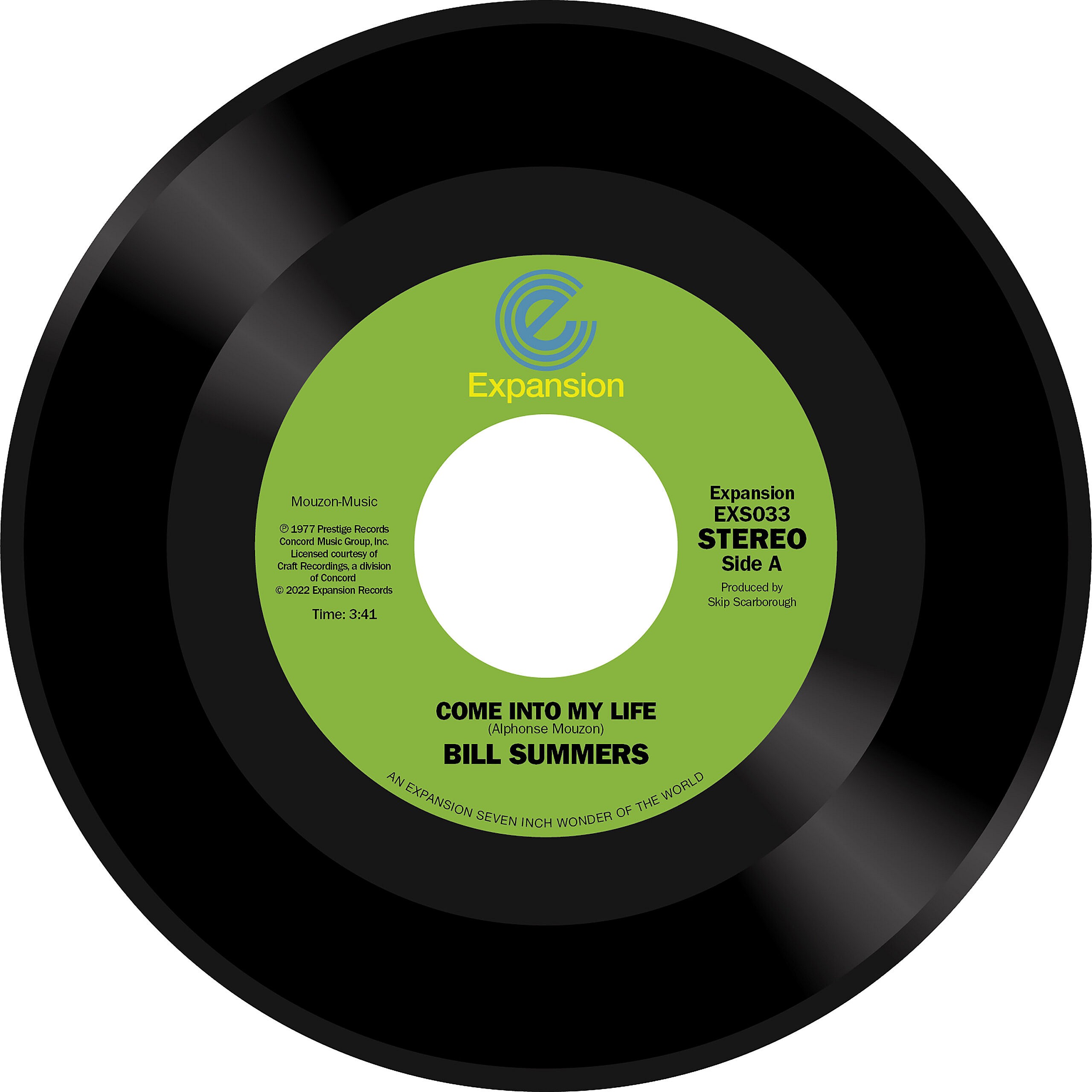