Born in London in 1935, the young Gordon Beck received classical piano lessons from his violinist father. However, at that time it didn’t appear that music would be his career, and when he was 21 he emigrated to Canada to follow a career in aero-engineering. However, he kept up his musical interests, and on his return to London he took up with renowned saxophonist Peter King’s quartet at Ronnie Scott’s club.

In 1962 he joined Tubby Hayes’ band before his own trio became the house band at Ronnie Scott’s in the late 1960’s.

In 1969, as part of a trio with Jeff Clyne (also a Tubby Hayes and Ronnie Scott’s veteran) and Tony Oxley (previously Ronnie Scott’s house drummer), he made his only recording for the tiny Morgan label – the “Gyroscope” album.

Between 1969 and 1972 he was a member of Phil Woods’ European Rhythm Machine, bringing him to international attention. After that he formed his own band, named after the Morgan album, whilst also working as a session musician with such stars as Lena Horne, Gary Burton, Clark Terry and Charles Tolliver. He recorded too in 1969 with guitarist Allan Holdsworth, a relationship that continued on and off for a number of years.

In the mid-1970’s he went on to record with Ian Carr’s group Nucleus, and continued to perform solo and as a member of various trios in the following decades.

The Daily Telegraph, in its obituary of Gordon (who died in 2011), said of Gyroscope that it was, “a mature and vastly impressive set of original compositions that attracted much critical praise.”

Be the first to review “Gyroscope (Rsd 2018)” Cancel reply 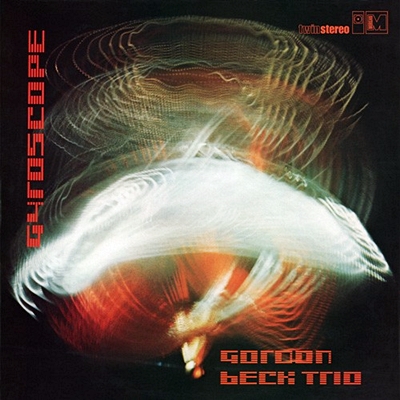