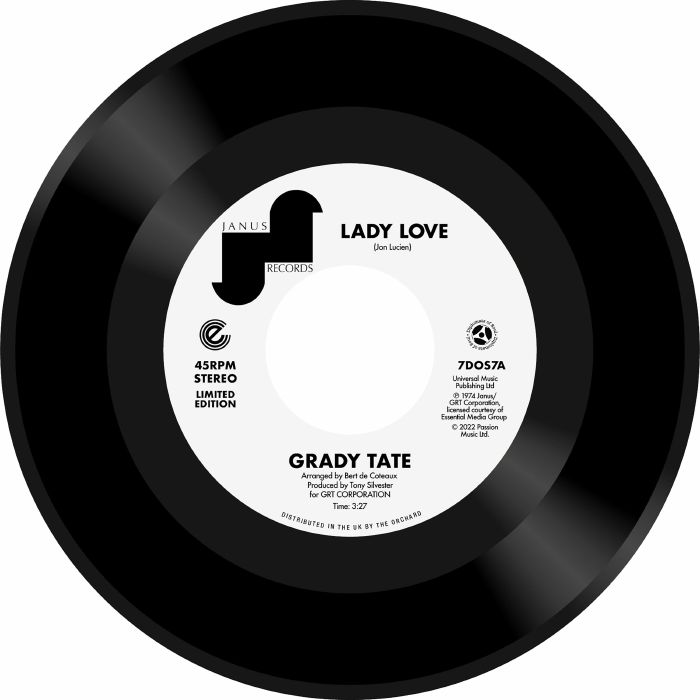 Grady Tate’s cover of the Jon Lucien penned track Lady Love sees its first ever reissue on Expansion, courtesy of Ralph Tee. The original, released on Janus as a promo back in 1974, is an uptempo rendition of Lucien’s tune, a Latin-inflected soul track with a stark percussive backbone that contrasts against sharp orchestral arrangements, soaring strings and a bold horn section, carrying the track towards luxurious musical territories. The incessant pounding of conga drums and deep, crooning vocals make this an ideal summer anthem, a rare and in-demand single which never saw an official commercial release—copies of this Expansion release are limited to 500 copies with further-limited DJ promo copies available too. The B, Moondance, sees it’s first incarnation on seven, a cover of the Van Morrison original. It’s a swinging number underlaid with gentle electric keys, further orchestral elements and supple Jazz guitar. In conversation with Ralph, he explained to us the reasoning behind the reissue:

“So, it all started with a conversation with Mark GV Taylor of Reference Point: ‘Do you know anyone who has a Grady Tate 7” Lady Love promo single in decent condition for sale? It’s the song penned by Jon Lucien’.

Sometime after our conversation the man himself, Gilles Peterson then dropped it as his last record in his Boiler Room x Dommune x Technics: A celebration of 50 years of the SL-1200 set and so it snowballed from there. We did some research and found out that to try and find this promotional track in form of good condition was exceedingly rare!

So here we now are, with Diplomats of Soul & Expansion Records proud to announce the first official release (from the actual master tapes) of the Grady Tate cover of the Jon Lucien classic ‘Lady Love’ with the in demand, first time 7” release of ‘Moondance’ as the B side!

Why this never got an official release back in 1974 nobody seems to know, and we will not attempt to describe this version as no words can really do it justice, if you have not heard it then once you do you will understand why we are so excited!”

Listen to the tracks below:

Jerry Bell – Tell Me You’ll Stay / Call On Me 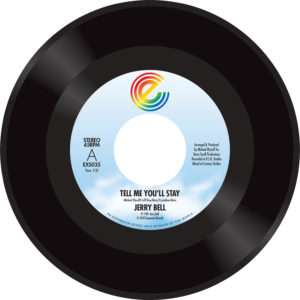 Jerry Bell, brother to Philly legend Archie Bell, has recorded, toured and performed as vocalist with New Birth, the Dazz Band and in his own right as a solo artist since the 1980s. His 1981 album “Winter Love Affair” contains the classic track “Tell Me You’ll Stay”, never previously been issued as a 7” single until now. The song is written and produced by Michael Wycoff (who gave us “Looking Up To You”) and his an uplifting soulful dancer adopted by the rare groove scene.

Check out Tell Me You’ll Stay below:

Check out our Soul Brother singles here, with some great forthcoming titles soon to be arriving in September as well as the most recent crop of sevens still available to purchase. Don’t miss out on any of these titles while stocks last!