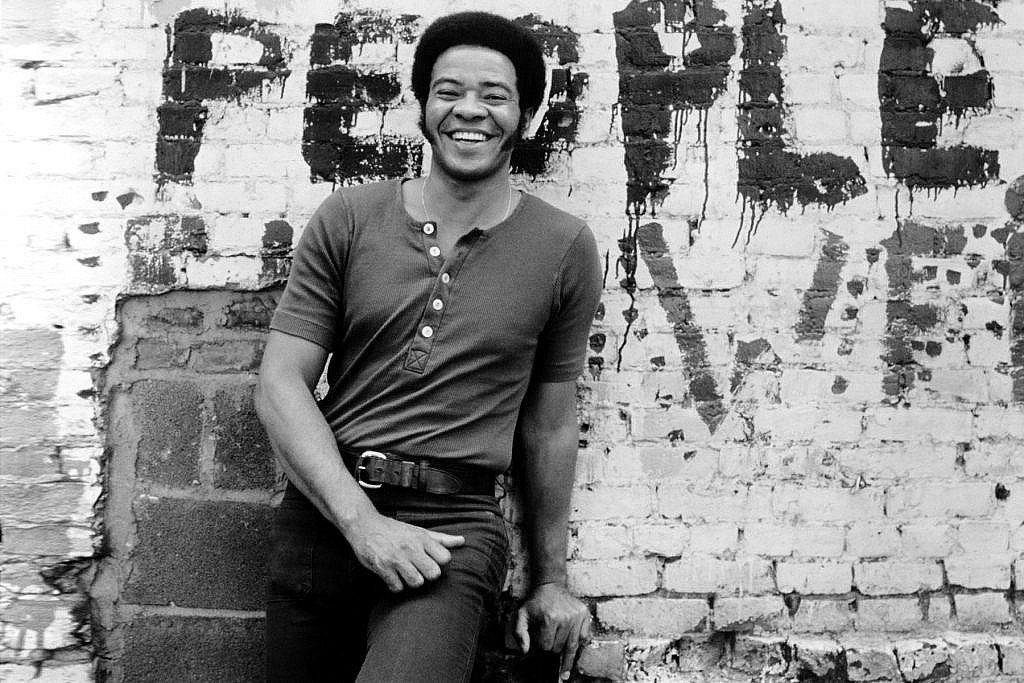 It is with great sadness that we at Soul Brothers pay tribute to the passing of yet another legend. Bill Withers passed away on Monday 30th March from heart complications. He was 81. Born on the 4th July 1938 in Slab Fork, a mining town in West Virginia, he was the youngest of six children and suffered with a stutter.

At the age of 17, he joined the US navy and served for nine years. It is whilst he was in the navy that Bill developed an interest in singing and song writing. Two years after leaving the navy, he re-located to Los Angeles; that was in 1967. He worked on various assembly lines including for Douglas Aircraft Corporation, partly to fund the demo tapes that he recorded.

Bill Withers did record a single, during this period, for the obscure Lotus Records in 1967 entitled ‘Three Nights And A Morning’. It was a breakneck version of ‘Harlem’, one of the standout tunes from his debut album ‘Just As I Am’. In 1970 Withers signed for Sussex Records, who released that debut the following year. It spawned two hits ‘Grandma’s Hands’ and the Grammy winning ‘Ain’t No Sunshine’, the latter certified Gold. Produced by Booker T Jones. ‘Just As I Am’ catapulted Withers to instant stardom at the tender age of 31.

The follow-up was, if anything, better than the debut. ‘Still Bill’ became his first certified Gold album. It included ‘Lean On Me’ (an anthem for the current global situation if ever there was one) and ‘Use Me’ both were Pop and R&B hits. Another standout was the original version of ‘Who Is He And What Is He To You’ that soon after became a massive Disco Soul tune for Creative Source and to which Gladys Knight And The Pips recorded a funky version from a female perspective.

Bill Withers recorded his third and last studio album for the soon to be bankrupt Sussex in 1974. ‘+Justments’ is arguably Withers strongest album though it enjoyed only modest success in comparison to his first two. It is, however, an outstanding set of songs from the funky ‘You’ and ‘Railroad Man’ to the Soul hit ‘The Same Love That Made Me Laugh’ and the hidden 2 Step gem ‘Can We Pretend?’ written by soon to be ex-wife Denise Nicholas that features Jose Feliciano on guitar

The title is believed to refer to the legal difficulties he was encountering with Sussex Records, but could equally have applied to the divorce proceedings he and his wife were experiencing. In 1975, Withers joined Columbia Records, who wisely bought his Sussex back catalogue as well. Withers continued to record some breathtakingly beautiful music during his ten-year tenure at Columbia, though none of the albums reached the artistic heights of his Sussex recordings. ‘Making Music’ included a real gem in ‘Make Love To Your Mind’ and it was during this period that he recorded one of his signature tunes ‘Lovely Day’, that became an international hit on two occasions in 1977 and with a re-mix version repeating that success in 1988.

He recorded five albums for Columbia, the last ‘Watching You Watching Me’ seven years after its predecessor. It was during this hiatus that Withers sang one of his most popular songs ‘Just The Two Of Us’ for Grover Washington Jr’s ‘Winelight’ set. This Grammy winning classic remains popular on Jazz, Soul and Pop radio stations’ playlists right across the globe. He also guested on the wonderful ‘Soul Shadows’ by the Crusaders and ‘In The Name Of Love’ by percussionist Ralph MacDonald.

Withers was renowned for his live performances. Indeed, one of his most popular albums is ‘Live At Carnegie Hall’, a double vinyl from 1973, when he was at his peak. We at Soul Brothers can testify to the power of his live performance. But this was a quiet, subtle power. Bill possessed a charm and charisma that was quite unique and thoroughly hypnotic.

It was after the success of the remixed version of ‘Lovely Day’ and to celebrate his fiftieth birthday that Bill played a concert at London’s Hammersmith Odeon (in 1988). He was backed by Pieces Of A Dream. Sitting on a highchair or stool, he strummed his acoustic guitar, chatted with the audience and discussed the inspiration for the songs he was singing that night. It was likely being in a living room with a favourite uncle. It was that personal, engaging one to one, never mind he was doing the same to 3,000 other people at the same time. Magical.

Bill’s recording career lasted less than 20 years, yet the legacy he leaves is timeless. Songs like ‘Ain’t No Sunshine’, ‘Lean On Me’, ‘Lovely Day and countless others resonate with people. He had that rare quality of writing songs that reflect everyday experience. Rarer still, was the ability to express those feelings and emotions – love, anger, loneliness etc whatever he felt – in a couple of lines. Few songwriters are blessed that way – Gil Scott Heron, Bobby Womack and Terry Callier come to mind. He is the last of a generation.

My heartfelt thanks to Bill for his music, RIP and our deepest condolences go out to his family and friends.